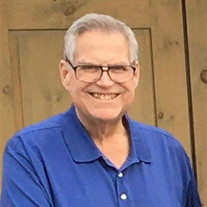 Thomas Edward Whalen (age 69) died Monday, December 3rd, 2018 from complications of Neuroendocrine Cancer. Tom was born September 21, 1949 to John and Katie Whalen in Detroit MI. The family lived in Ann Arbor, Atlanta, and Chicago before settling in the Toledo area. Tom was a 1968 graduate of Sylvania High School. He received his Bachelor’s Degree from Bowling Green State University's school of Journalism where he met his wife of 47 years, Merrilee. Directly after college, Tom started working at the UAW Local 12 as an Assistant Editor of the Union Journal. He became the Managing Editor when his predecessor retired. Soon after, Tom also started his own communication, desktop publishing, and photography (including wedding and portrait) business. In addition to the Local 12 Union Journal, he also became Managing Editor of the Local 14 Union Progress. He was also Congresswoman Marcy Kaptur's Toledo photographer for many years. Over a span of five decades, Tom has photographed and written about numerous members of Congress, Senators, presidential candidates and most presidents. One of his favorite boasts is that his job gave him the ability to tell the President of the USA "where to go" (Mr. President, please stand over there). Photography was more than his profession, it was a great love and he took beautiful pictures from his many travels. Tom and Merrilee were members of Laurel Hill Tennis Club for over 30 years and loved playing tennis and all of the social parties that took place there. Tom was an avid Detroit Tigers fan. He never missed a game and kept hoping that they would finally win that World Series...maybe next year. He was also an avid reader, having the ability to solve any mystery way before the ending and a fan of Western movies starring John Wayne. He loved animals, especially dogs; he never met a dog who didn't instantly take to him and stay by his side at all times. He will be greatly missed by his wife Merrilee, daughters Jennifer (Chris) Knapik and Lindy Whalen, sister Sue Whalen, brother Michael Whalen, many nieces and nephews, and Gracie his basset hound. Tom was preceded in death by his parents John and Katie Whalen. Special thank you to Dr. Richard Paat and Hospice of Northwest Ohio. Family and friends may visit at the Coyle Funeral home, 1770 S. Reynolds Rd., on Friday, December 7th from 4-7 p.m. Visitation will continue Saturday, December 8th at 10 a.m. with a Memorial Service immediately following at 11:00 a.m. Memorial contributions may be made to the Toledo Area Humane Society or Hospice of Northwest Ohio. Please view and sign our online “guest registry” at CoyleFuneralHome.com

The family of Thomas Edward Whalen created this Life Tributes page to make it easy to share your memories.

Send flowers to the Whalen family.