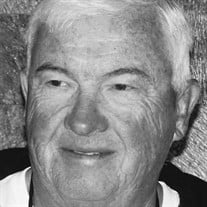 Thomas D. Smith (1934 – 2017) Thomas D. Smith, accomplished Toledo-area lawyer and entrepreneur, died unexpectedly on Tuesday, June 27th in a tragic car accident. He was 83. Tom was born in Toledo in 1934 the son of prominent lawyer and appellate court judge, Honorable Dudley Smith and his wife, Helen Smith. He was raised in Toledo, attending Harvard Elementary School and a Class of 1952 graduate of the former Libbey High School. Tom was a tremendous student at Libbey as well as a varsity football player on Toledo City League championship teams. Tom continued his mother’s and father’s legacies by attending Ohio Wesleyan University where he began his military service relationship in ROTC. He was member and treasurer of Phi Gamma Delta fraternity and was a member of the sailing team. Soon after graduation from Ohio Wesleyan, in 1956, Tom wed his high school sweetheart and love of his life, Sandra Sue (Brown) Smith. Sue is a 1953 graduate of the former Libbey High School and completed her undergraduate degree in three years from Wittenberg University in order to join him in marriage and begin their life’s journey together. Tom fulfilled his ROTC military service commitment in the United States Air Force where he was trained as a pilot. His primary station for the Air Force took place at Brentwaters Air Force Base just outside of Ipswich, United Kingdom. The overseas station permitted he and Sue to travel extensively in Europe and they developed a love for travel that carried with them throughout their lives on trips all over the world. Upon completion of his Air Force assignment in England, in 1961, Tom entered law school at the University of Michigan, Ann Arbor. He completed his law school education in two years graduating with his juris doctorate in 1963. Tom returned to Toledo and joined the former Toledo law-firm Doyle, Lewis & Warner where he performed with great professional distinction and eventually was promoted to partner. During his time practicing law with Doyle Lewis & Warner, Tom discovered a passion and entrepreneurial spirit that led to his second career as a highly successful real estate investor/developer. Beginning in 1974, Tom and a small group of core managers and investors began to form partnerships and create real estate development, business and investment opportunities outside the practice of law. These activities became more prominent in Tom’s life in subsequent years leading to his departure from Doyle Lewis & Warner in 1986. Initially, Tom’s investment/partnership groups were focused primarily on manufactured home community ownership and led to investments in communities based mostly in Ohio, Michigan and Indiana, many of which are still held by the same groups to this day. Beginning in the middle-to-late 1980’s and thereafter, Tom and his partners further developed opportunities for investments in a broad range of businesses including restaurants, automated car washes, among others. He was a founding partner in the successful, upscale, former Toledo eatery known as Michaelangelos and was further a founding partner in a Columbus, Ohio micro-brewery/restaurant operation, Hoster Brewing Company. He was further a founding partner in a chain of video stores throughout Ohio, Michigan and Indiana known as Major Video. Tom was an avid golfer and member of many Toledo-area clubs throughout his life including the former Heather Downs Country Club, Brandywine and Valleywood. He was currently a member of Highland Meadows Golf Club. Tom was traveling to play golf with his friends when his auto accident occurred. Tom further enjoyed all manner of sports and outdoor activities, owning a home in Petosky, Michigan for skiing and snowmobiling, loved riding motorcycles in his earlier years, and, later in life, bicycling was his preferred exercise. He was an accomplished sailor and boater. At different times in his life Tom maintained a sailing vessel out of North Cape (Michigan) Yacht Club and powerboats on Lake Erie out of Catawba Island Club. In his retirement years Tom most enjoyed time with his family. His truest love was his wife, children, grandchildren and all their various activities and sporting events. He invested in many family trips and enjoyed those experiences more than any other pursuits. He was also active in the Waterville Community Church and volunteered his time as board member of the Anthony Wayne Community Food Ministry. Surviving are his wife, the former Sandra Sue Brown, whom he married December 29, 1956; sons Michael (daughter-in-law, Margaret) and Jeffrey (daughter-in-law, Kelly); five grandchildren, Nicholas, Matthew, Samantha, Brendan and Nathan; and one great-granddaughter, Isabella. Friends, family and others wishing to remember and celebrate Tom’s life are invited to a memorial service scheduled for 10:30 a.m. Monday, July 10, 2017, at Waterville Community Church, 8217 Dutch Road, Waterville, Ohio 43566. A luncheon reception for all will take place at the same Waterville Community Church immediately following the memorial service. The family suggests tributes or donations in Tom’s memory to either Waterville Community Church or the Anthony Wayne Community Food Ministry, 6245 Berkey-Southern Rd., Whitehouse, Ohio 43571. Please view and sign our online “guest registry” at CoyleFuneralHome.com

The family of Thomas Dudley Smith created this Life Tributes page to make it easy to share your memories.