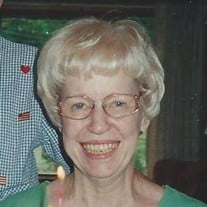 Shirley Rotterdam, 86, passed away on Saturday, February 25, 2017. She was born on June 13, 1931 in Ottawa Lake, Michigan to Edward and Winona (Shaw) Rotterdam. Shirley graduated from Libby High School in 1949. She worked at the Lion store from 1949 through 1954 while attending college. She went on to receive her undergraduate degree from the University of Toledo in 1954. Shirley received her Master’s degree in education from the University of Michigan in 1958. She then went on to teach 7th and 8th grade in 1959 on the United States military base in England. Upon returning to the United States she taught elementary and high school in the Detroit public school district. After returning to Toledo, she was a guidance counselor at Gateway Middle School in Maumee until her retirement in 1992. Before and after retirement, Shirley was very active in many organizations. She was a member of Delta Kappa Gamma and remained dedicated to her sorority sisters. She was also a member of Unity church where she taught Sunday school for over 40 years. Shirley was the ultimate caretaker for many family members and friends. This includes an array of animals throughout her life. She has close relationships with all of her nieces and nephews. She helped to make their birthdays and holidays special and unique. Shirley was always willing to lend a helping hand and the invitation to her home was always open. She led a busy and fulfilled life. Shirley will be remembered for her compassion and generous heart. In addition to her parents, Shirley was preceded in death by her brother, Gerald Rotterdam, sister-in-law Ann Rotterdam, sister, Betty Gorsuch, brother-in-law, Eugene Gorsuch, nephews, James Rotterdam, Tom Rotterdam, and Steven Gorsuch. She is survived by nephew, John Gorsuch, nieces, Carol Ebdon, Susan Gorsuch, Judith Paisie, great nephews Michael Rotterdam, Rob Rotterdam, and Jacob Paisie, and great niece Rachel (Gorsuch) Cruz. The family would like to thank Shirley's special caregivers at Heartland of Waterville and Hospice of Northwest Ohio. There will be no visitation. Services will be private. Coyle Funeral Home is assisting the family with arrangements. Please leave a condolence message at CoyleFuneralHome.com.

Shirley Rotterdam, 86, passed away on Saturday, February 25, 2017. She was born on June 13, 1931 in Ottawa Lake, Michigan to Edward and Winona (Shaw) Rotterdam. Shirley graduated from Libby High School in 1949. She worked at the Lion store... View Obituary & Service Information

The family of Shirley Ann Rotterdam created this Life Tributes page to make it easy to share your memories.

Send flowers to the Rotterdam family.