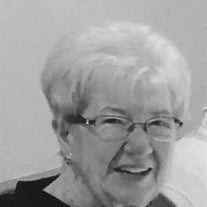 Callahan Shirley E. Shirley E. Callahan, 80, of Toledo, Ohio, passed away peacefully on Friday, March 24, 2017, after a lengthy battle with Parkinson’s Disease. Shirley was born August 24, 1936, to Marietta (Barnes) Schmidt, the third of three children. She graduated from Harriet Whitney Vocational High School in Toledo. In her senior year, Shirley began a secretarial career at Owens Corning Fiberglas, retiring from that as her role changed to wife, homemaker, mother, and grandmother. Shirley was a talented accordion player, and was actively athletic all of her life—from ice skating and roller skating, to water skiing, to dog walking. In her later years, she focused on brisk daily walks at Wildwood Metropark or Olander Park in Sylvania, to be sure, both the dogs and herself got the needed miles. Shirley leaves behind her devoted husband of 59 years, Hugh P. Callahan, Sr., the son of Irish immigrants. She is also survived by her sons, Hugh Jr. (Denise), of Vancouver WA. sons, Liam and Sean, Joseph (Sandra) Callahan of Ann Arbor Mi. sons, James and John; her daughter, Erin Callahan of Temperance Mi., as well as many nieces and nephews. Also surviving is a brother, Robert E. Schmidt, of Florida. A Celebration of Life Mass, Father James Cryan, OSFS officiating, will be held at Gesu Catholic Church, 2049 Parkside Blvd., Toledo, on Saturday, April 1, 2017, at 10:00 AM. The family will receive guests at 9:30 A.M, prior to the beginning of the Mass. Burial will be private. We would like to express our deep gratitude to those who cared for Shirley at Heartland /Promedica Hospice. In lieu of flowers, memorial donations may be made to Gesu Catholic Church, St. Francis de Sales High School, or the donor’s choice. Please view and sign our online “guest registry” at CoyleFuneralHome.com

The family of Shirley Elizabeth Callahan created this Life Tributes page to make it easy to share your memories.

Send flowers to the Callahan family.