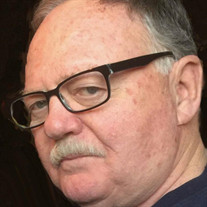 Ronald Roy Henderson, age 78, of Toledo, Ohio, passed away at Hospice of Northwest Ohio in Perrysburg on Wednesday, July 28, 2021, with his wife of 55 years at his bedside. Born on June 1, 1943, in Waukesha, Wisconsin, Ron graduated from the United States Naval Academy in 1965 and married his wife, Phyllis Schuma of Cleveland, Ohio, that same year. Ron served in the United States Navy as a Supply Corps Officer, with tours of duty in San Juan, Puerto Rico and on the USS Niagara Falls, based in Sasebo, Japan. After his naval career, Ron graduated from the Ohio State University College of Law in 1973. Following graduation, Ron began his law career at the Toledo Legal Aid Society, pursuing his passion for justice and advancement for all. He spent the majority of his legal career as a general practitioner in Downtown Toledo. Ron was an active member of the Toledo Bar Association, serving on many committees over the years. He retired in 2017. Ron pursued his 50-year love of karate in the Goju Ryu Karate-Do organization. He also was a member of the Bowsher High School Boosters Club and the OSU and USNA Alumni Associations. Even though Ron loved traveling the world with his wife, he still thought home was the best place to be, watching sports in his La-Z-Boy chair with a German beer and good cigar. He was a big fan of OSU, Navy, and the professional sports teams in Wisconsin. Despite his recent health issues, Ron was fortunate enough to see the Milwaukee Bucks win the NBA Championship this summer. Ron's number one passion was his family. He guided his sons, David and Oliver, through their education. His four grandsons, Elliot, Chase, Brandon, and Grant, will always remember Pa Pa as the big joke teller. Ron loved his daughter-in-law, Stefanie Leong, who he affectionately called "DIL 1." Memorial contributions in Ron's name can be made to Hospice of Northwest Ohio, or to the charity or school of the donor's choice. A "Celebration of Life" will be held at a future date. Please leave a condolence message at CoyleFuneralHome.com .

Ronald Roy Henderson, age 78, of Toledo, Ohio, passed away at Hospice of Northwest Ohio in Perrysburg on Wednesday, July 28, 2021, with his wife of 55 years at his bedside. Born on June 1, 1943, in Waukesha, Wisconsin, Ron graduated from the... View Obituary & Service Information

The family of Ronald Roy Henderson created this Life Tributes page to make it easy to share your memories.

Ronald Roy Henderson, age 78, of Toledo, Ohio, passed away at...

Send flowers to the Henderson family.