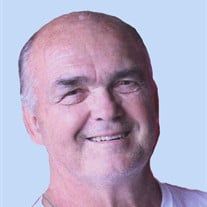 Richard Henry Elfering, 71, of Northwood, Ohio passed away peacefully surrounded by his loving family, on Monday, May 22, 2017 at Bay Park Hospital, Northwood, Ohio. Dick was born in Waukegan, Illinois on March 26, 1946 to John and Irene Elfering. He grew up in the old South Toledo neighborhood and attended Immaculate Conception (Darby) grade school. He attended Libby High School and was a graduate of Whitmer High School. Dick served two tours of duty while serving in the United States Marine Corps in Vietnam. He went right in to the active reserves with the 180th Air National Guard, Swanton, Ohio. He greatly loved his country and was proud of his 34 years of military service. Semper Fi Dick married his beautiful bride on January 24, 1970. He worked for the Champion Spark Plug Company for over 40 years. He was a member of the UAW and American Legion Post 537. He was an avid bicyclist and participated regularly in the MS Bike to the Bay in support of his sister. He loved music and reading, his hobbies included photography, graphic design, and he was an accomplished artist. His greatest love was his family, especially his grandchildren. Dick is survived by his loving wife of 47 years Patricia Elfering; children Joe (Amy) Elfering and Michelle (Corey) Schwab; grandchildren Marc (Laine Gross) Elfering, Kurt Elfering, Baden Schwab, Faith Elfering, Campbell Schwab and Gabriel Schwab; sister Dottie (Bub) Hensel; brothers Bill (Marty) Elfering and Jim (Cheryl) Elfering; and in laws: "The Cassidy Clan"; and lifelong friend, Jim (Jeanine) Hundsrucker. Dick was preceded in death by his parents; sisters Mary Lann, Billie and Louise Elfering and brother, Bernie. He is also survived by many loving friends from the Marine Corps, Air National Guard, the old South End, and presently his Northwood neighborhood. Friends may visit at the Coyle Funeral Home, 1770 S. Reynolds Rd., Toledo, Ohio on Saturday, May 27, 2017 from 11 a.m. until the time of the Funeral Service at 2 p.m. In lieu of flowers, contributions can be made to the Wounded Warrior Project, www.woundedwarrior.org or to your local Veterans Association. Please view and sign the online guest registry at www.coylefuneralhome.com

Richard Henry Elfering, 71, of Northwood, Ohio passed away peacefully surrounded by his loving family, on Monday, May 22, 2017 at Bay Park Hospital, Northwood, Ohio. Dick was born in Waukegan, Illinois on March 26, 1946 to John and Irene Elfering.... View Obituary & Service Information

The family of Richard Henry Elfering created this Life Tributes page to make it easy to share your memories.

Send flowers to the Elfering family.