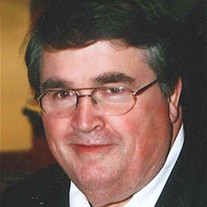 Randy Carl Stoll, age 62 of Toledo, Ohio passed away surrounded by his loved ones at Hospice of Northwest Ohio on October 20th, 2017. He was born in Toledo, Ohio on August 15th, 1955 to Carl and Mary Jane (Fetters) Stoll. With whom he would come to take care of in the last years of their lives. Randy was married and divorced to Nancy Ann (Henry) Stewart. To which they had 3 children together. He was a loving father and devoted son. Randy was preceded in death by his parents Carl and Mary Jane (Fetters) Stoll. He is survived and will be remembered by his 3 children Jason and Dawn Stoll, Joshua Christopher Stoll, and Elyse and Weston Gravelle; His grandchildren Dawson James Stoll, and Addison Rae Stoll; Siblings Mark and Helen Stoll, and Bruce and Rita Stoll; and many cousins, Ex-in-laws, nieces, and nephews. Randy was an Alumni of E.L. Bowsher High School where he graduated in 1973. He would then go on to further his schooling at the University of Toledo for a year. Then receive his associates degree in business management from Owens Community College in 1977. He would then go on to use his degree selling insurance for John Hancock. After leaving there he would go on to become a Manager at Speedway Travel Center and Pilot Travel Center. Randy was a avid traveler and enjoyed the outdoors. He spent a lot of time planning and taking vacations with his family. He also enjoyed sports. He enjoyed watching Ohio State and Notre Dame football. He also coached and umpired his sons softball teams. And was very supportive with his daughters dancing. He enjoyed taking in a film, or going to concerts with his kids. He enjoyed listening to music while out for a Sunday drive. Listening to bands such Chicago, Alabama, Tim Mcgraw, Faith Hill, Shania Twain, and the Dixie Chicks to name a few. He also enjoyed cooking. Beef Stew was his favorite dish to make. He was a proud member of the Eagle Scouts of America in his youth and would lead his sons down the path of becoming scouts themselves. He was a family man and dog lover with a huge heart who would do anything for anyone. Anything at all you just had to ask. He will be extremely missed. The family would like to thank the wonderful staff at St. Vincent's Medical Center of Toledo, Ohio, Flower Hospital, and Hospice of Northwest Ohio on Detroit Ave. for their care and support they showed our father during his hardest times. Randy's Family will be greeting friends and family for a showing from 2 pm. to 5 pm. on Thursday, October 26th, 2017. Services to follow at 5 pm. At Coyle Funeral Home 1770 S Reynolds Rd, Toledo, Ohio 43614 for questions you can contact the funeral home at (419) 865 - 1295

Randy Carl Stoll, age 62 of Toledo, Ohio passed away surrounded by his loved ones at Hospice of Northwest Ohio on October 20th, 2017. He was born in Toledo, Ohio on August 15th, 1955 to Carl and Mary Jane (Fetters) Stoll. With whom he would... View Obituary & Service Information

The family of Randy C. Stoll created this Life Tributes page to make it easy to share your memories.

Send flowers to the Stoll family.