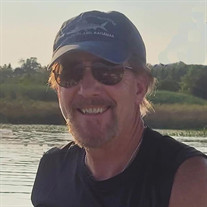 Michael D. Cragel born in Michigan 8/31/54 lost a hard-fought battle with Covid pneumonia in the early morning hours of October 2, 2021. His wife Kimberly Cragel (nee Smith) and daughter Averi Cragel were by his side as he was restored in Heaven. Michael graduated with a BS from Michigan State University in 1976. He went on to complete his Doctor of Podiatric Medicine from Temple University in 1981 settling in Toledo at Riverside Hospital to complete his residency. He was Board Certified-American Board of Foot and Ankle surgery as well as a Fellow, American College of Foot and Ankle Surgeons. From 1984-2012 Michael was the Clinic Director at the resident training clinic at Toledo St. Vincent Medical Center where he trained future podiatrists who have gone on to practice across the country. His students found him tough, but fair and credit him as a driving force behind their successful practices as demonstrated through the correspondences and personal relationships they have maintained over the years. Michael practiced podiatry in Oregon, Ohio from 1982 - 2016 focusing his Christian leadership talents as a volunteer minister of redemption for the Cherry Street Mission believing that everyone can be restored through Christ's love. Michael spent one year serving the homeless and disenfranchised as the Men's Shelter Director. In 2017 an opportunity presented itself for Michael to return as a Podiatrist and he founded Perrysburg Podiatry Associates, LLC continuing to do what he loved the most, serving his patients. Michael is survived by his daughter Averi and son Ian, stepsons, Tyler, Lawrence and Peyton. He is also survived by his mother Marilyn and siblings Gregory, Daniel and Constance. Michael found his soul-mate and best friend Kym in 2011. Their whirlwind romance lead to marriage and new adventures in 2012. Michael and Kym considered themselves a couple of gadabouts, always ready to visit amazing landscapes including the Grand Canyon, Sedona, Acadia National Park as well as Belize. Their most recent trip to Maine, in July 2021, was filled with unforgettable sights, and experiences. They considered themselves very blessed to have the opportunity to travel and spend time together creating lasting memories. Michael was a voracious reader devouring books, most recently of Christian theme, reading his bible daily. Kym continued to read to him in the hospital his last book Born Again by Charles Colson. He had a love and knowledge of music across several generations, but the Beatles held a special place in his heart. Michael and Kym enjoyed live concerts including Paul McCartney, Buddy Guy, Boz Skaggs, Train, Mercy Me, Crowder, John Fogerty and Bare Naked Ladies, to name only a few. Michael never took a sick day and always completed his commitments. He was an amazing handyman and problem solver. He was a member of Redemption Church and enjoyed deepening his spiritual commitment through participation in Truth at Work and life-groups. A Celebration of Life will be held on October 30, 2021 at Redemption Church located at 8605 Salisbury Road in Maumee. Visitation with family will begin at 10:00 a.m. with worship and service at 11:00 a.m. In lieu of flowers, donations can be made to Because of Logan, www.becauseofLogan.com - a charity in memory of Logan Fox to support Infant Swimming Resource Lessons for children throughout the community. Coyle Funeral Home is assisting the family with arrangements. Please view Mike's memorial video tribute and leave a condolence message for the family at CoyleFuneralHome.com

Michael D. Cragel born in Michigan 8/31/54 lost a hard-fought battle with Covid pneumonia in the early morning hours of October 2, 2021. His wife Kimberly Cragel (nee Smith) and daughter Averi Cragel were by his side as he was restored in Heaven.... View Obituary & Service Information

The family of Dr. Michael D. Cragel created this Life Tributes page to make it easy to share your memories.

Send flowers to the Cragel family.