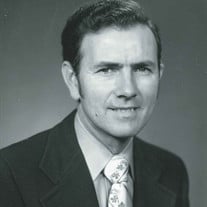 Merlin (Merl) Kenneth Snyder, 82 years of south Toledo, passed away on Thursday December 14, 2017 in the Northwest Ohio Hospice Inpatient Center in Toledo. Merl was born on June 24, 1935 in Lostant, Ill, to Sylvan and Ethel Snyder; he grew up on the family farm in Lostant, Ill and was a graduate of Lostant High School. Merl served in the National Guard for nine years and achieved the rank of Specialist 3rd Class. In the 1960’s he formed the country band, Merl and The Drifters, in Streator, Ill, where he was the vocalist and played the guitar. Merl married the former Jean Harcharik on June 11, 1955. They lived in Streator, Ill, where he worked as an accountant for Owens Illinois. The company transferred him to Toledo in 1973 where he worked in their corporate offices. After 34 years with the company, he retired at the age of 52 and soon afterwards he became known as the “neighborhood handy man”. While he was still working, Merl enjoyed music, golfing and bowling; but most of all he enjoyed his family. Merl is survived by his loving wife of 62 years, Jean (Jeanie) Snyder, children Greg (Maryjane) Snyder, Sharon (Robert) Gerken, Sandra (Michael) Stevens; grandchildren Ian Smolenski, Staci (Tim) Ozuk, Brent Snyder, Ben Gerken, Rachel Stevens, Leah Stevens; Great Grandson Henry Ozuk; sister Emma Jo Kiesewetter and his loving canine friend Mandy. Merl was preceded in death by his parents; daughter Wendy Snyder; brothers Herman, Gerald, Meredith and Robert. The family will receive friends on Wednesday December 20, 2017 from 10:00 am to 11:00 am at St. Joan of Arc Catholic Church, 5856 Heatherdowns Blvd. Toledo, Ohio, 43614, where the funeral service will be held at 11:00 am. Interment services will be private. In lieu of flowers please consider a contribution to Hospice of Northwest Ohio.

Merlin (Merl) Kenneth Snyder, 82 years of south Toledo, passed away on Thursday December 14, 2017 in the Northwest Ohio Hospice Inpatient Center in Toledo. Merl was born on June 24, 1935 in Lostant, Ill, to Sylvan and Ethel Snyder; he grew up... View Obituary & Service Information

The family of Merlin Kenneth Snyder created this Life Tributes page to make it easy to share your memories.

Send flowers to the Snyder family.