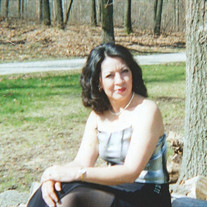 Maria Refugio Silva, age 66, passed away on Friday, November 15, 2019 at The University of Toledo Hospital. Maria was born in New Madrid, Missouri on October 30, 1953 to Concepcion Correa and Uvaldo Carrillo. Maria is survived by her loving husband of 26 years, Andrew Silva; sons, Freddie (Shannon), Joseph (Irma Ruiz) and Francisco Gonzales; brothers, Guadalupe, Jose, Alex and Roberto Carrillo; grandchildren, Monique (Robert) Beltran, David, Andrew and Melissa Carrasco, Joseph and Mari Sol Gonzales, left behind 13 grandchildren, and 11 great-grandchildren. She was preceded in death by her parents; daughter, Frieda Gonzales and brother, George Carrillo. Shortly after her birth, Maria and her family moved to Hobbs, New Mexico where she spent most of her childhood. She enjoyed a plethora of sports, as well as participating on a softball league with her mother. In 1986, Maria then moved to Toledo, Ohio where she met her husband, Andrew. She then pursued a career in management. She continued her career at Kay Jewelers, where she spent more than 15 years as a District Manager. Maria spent most of her days with her loving family, enjoying activities such as cooking, shopping, and playing bingo with her daughter-in-law, Sarah Gonzales. Most of all, she cherished the time she spent with her great grand babies. Visitation will be at Coyle Funeral Home and Cremation Services, 1770 South Reynolds Rd, Toledo, Ohio 43614 on Friday, November 22nd from 2:00 p.m. to 8:00 p.m. Funeral Services will be held on Saturday, November 23rd, beginning at 9:00 a.m., in the mortuary, followed by a Funeral Mass at SS Peter and Paul Church, 728 S. St. Clair St, Toledo, Ohio 43609 at 10:00 a.m. Interment Resurrection Cemetery. Memorials may take the form of contributions to SS Peter & Paul Church. Please view and sign our online “guest registry” at CoyleFuneralHome.com

Maria Refugio Silva, age 66, passed away on Friday, November 15, 2019 at The University of Toledo Hospital. Maria was born in New Madrid, Missouri on October 30, 1953 to Concepcion Correa and Uvaldo Carrillo. Maria is survived by her loving... View Obituary & Service Information

The family of Maria R. Silva created this Life Tributes page to make it easy to share your memories.

Send flowers to the Silva family.