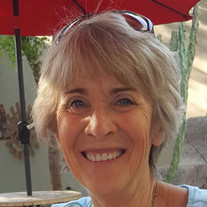 Linda Margaret Milewski peacefully passed away on March 23, 2022, in Maumee, Ohio after losing her battle with Alzheimer's. Linda was 72 years old. Born in Alliance, Ohio to John and Mary Luber, Linda was the oldest of four children. After... View Obituary & Service Information

The family of Linda Margaret Milewski created this Life Tributes page to make it easy to share your memories.

Send flowers to the Milewski family.