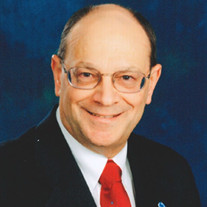 Lawrence C. Ostrowski Larry Ostrowski, an energetic and passionate librarian and library director, died peacefully at his home following a long, painful fight with Multiple System Atrophy. He had just turned 65. A native of Erie, PA, Larry earned a BA in History from Penn State University and a Masters in Library Science at the University of Pittsburgh. He began his professional career at Toledo Lucas County Public Library, where he met and married his co-worker, Margaret Daly. Larry served in the Business Department at Main Library and as assistant manager at Kent Branch. Larry’s career in libraries took him to Oshkosh, WI, South Bend, IN, Lancaster, Xenia in Ohio, and finally to White Lake , MI where he served as director for 10 years. Illness forced him into early retirement, shortly after tirelessly leading a campaign to successfully pass a tax levy that enabled the community to build a badly needed new library building. As he left each post to take a promotion somewhere else, his staff would express their regret at losing such a vibrant leader, who inspired them with enthusiasm and kindness. He was especially beloved for his staff training sessions, where the teaching was often conducted by one of his “characters”, from Conan the Librarian and Sargent Serial to Laptop Larry and Forest Gump-at-the-Library. Community Service was always a part of Larry’s ethic; he involved himself with Rotary Club, the local Historical Society, Optimist Clubs and Athletic Boosters for the High School in whatever town he found himself, participating in many children’s civic and library activities, delighting all with his balloon animals. He and Margaret were active in young adult Youth Ministry in every parish to which they belonged over the years, and in White Lake, Larry volunteered to chair the annual Christmas tree lighting event. With the Historical Society of White Lake he became well known for the authentic Civil War battlefield displays he created. And he was especially proud of the several years he devoted to training to become an Auxiliary officer for the White Lake Fire Department. Always a strong and athletic man, Larry was accepted as a fire trainee over many younger men. In addition to his wife Margaret, Larry is survived by his sister Laura Pomykalski (James) and her children Elizabeth, Stephen and Andrew Pomykalski. He was predeceased by his parents, Raymond and Vera Ostrowski and paternal grandmother, Sophie Ostrowski. His loss will also be felt by his many Daly Family nieces and nephews, as well as all his brothers and sisters-in-law. Visitation will be held at the Coyle Funeral Home, 1770 S. Reynolds Rd. on Wednesday, October 9, 2019 from 2:00 pm to 8:00 pm, where the Rosary will be recited at 7:00 p.m. Funeral Services will be held on Thursday, October 10 beginning at 10:15 a.m. in the mortuary followed by the funeral mass at Our Queen of the Most Holy Rosary Cathedral at 11:00. Burial will be private. Memorial donations may be given to the Friends of the White Lake Public Library or to the White Lake Fire Department, or Ohio Health Hospice, 1020 Cricket Lane, Mansfield, OH 44906. Please view Larry’s memorial video tribute and leave a condolence message at CoyleFuneralHome.com.

The family of Lawrence Clark Ostrowski created this Life Tributes page to make it easy to share your memories.

Send flowers to the Ostrowski family.