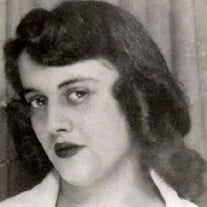 Karleyne L. Crooks (Karla), age 82 of Toledo, passed away on October 11, 2017 at Hospice of Northwest Ohio, surrounded by her loving family. Karleyne was born on March 19, 1935 in Toledo to John F. Schroeder and Lucille I. Schroeder (Couturier). On February 18, 1956, Karleyne married William C. Dopfer, and together they had six children; William, Elizabeth, Helyn, Kathryn, Norman, and Carl, whom she truly loved and adored. Karleyne was also blessed with 20 grandchildren, 31 great-grandchildren, and one great-great-grandchild. On March 19, 1976, Karleyne married John J. Crooks, and became the Stepmother of Barbara and David. Karleyne, through Barbara and David, had six step-grandchildren. Karleyne was a very caring and loving person. She treated every person she met as a friend. She always loved to compliment others on what they were wearing, how they did their hair, and how cool their shoes were. She was great at warming up to strangers with her joking and teasing ways, and people loved it! She was quite the connoisseur of cozy shoes, purses, clothing, and jewelry. She loved looking her best at all times. Karleyne was the best Momma and Granny a person could ever ask for. There was nothing she wouldn't do for her children and grandchildren, including cracking them up with her silly sense of humor and her trucker mouth. She was always a "Tell it like it is" type person., and you always knew where you stood with her. Karleyne touched the lives of all who knew her. Karleyne was employed as a mixologist for most of her adult life at several different bar/restaurant establishments; Chances R Restaurant, Lefty's Millburn Hotel & Bar, George's Nite Club, Hitchin Post Restaurant, Surf Supper Club,and Elks Lodge. Karleyne was also employed by T.J. Maxx prior to retirement. Besides work, Karleyne enjoyed spending time with her extremely large family. Karleyne also enjoyed playing bingo, going to the casino, playing euchre, playing scratch-off lottery tickets, shopping and QVC shopping, and watching her New York "Yankees". Karleyne also loved going to the senior dances and socializing with friends. Karleyne is survived by children; William (Julie) of Toledo, Elizabeth of Toledo, Kathryn (Chandra) of Swanton, Norman (Susan) of Toledo, Carl (Kim) of Toledo, stepchildren; Barbara and David of Toledo, 18 grandchildren, 31 great-grandchildren, and one great-great-grandchild, brothers; John F. Schroeder of Tacoma, Washington and Richard A. Schroeder of Toledo. Karleyne was preceeded in death by her parents; John and Lucille, husbands; William and John, daughter; Helyn, granddaughters; Amanda and Lindsey, and son-in-law; Stephen Tebbe. Karleyne is also survived by numerous nieces and nephews, best friend Doddie, and her sweet puppy "Abbey". Visitation for family and friends will be Monday, October 16, 2017 from 2-8 PM at Coyle Funeral Home located at 1770 S. Reynolds Rd. Toledo, Ohio 43614. Funeral service will take place in the mortuary on Tuesday, October 17, 2017 at 11:00 AM. Graveside services will be immediately following at Resurrection Cemetery located at 5725 Hill Avenue, Toledo, Ohio 43615. In lieu of flowers, donations in Karleyne's name may be made to Hospice of Northwest Ohio located at 1800 S. Detroit Avenue, Toledo, Ohio 43609.

Karleyne L. Crooks (Karla), age 82 of Toledo, passed away on October 11, 2017 at Hospice of Northwest Ohio, surrounded by her loving family. Karleyne was born on March 19, 1935 in Toledo to John F. Schroeder and Lucille I. Schroeder (Couturier). On... View Obituary & Service Information

The family of Karleyne Louise Crooks (Dopfer-Schroeder) created this Life Tributes page to make it easy to share your memories.