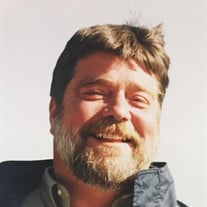 After 68 years of joy, friendship, and kindness, Joseph Carl Schwartz passed away on April 10, 2019, surrounded by his family. Born and raised in Adrian, MI, Joe was popularly known as the tailback for the University of Toledo during the 1970-72 seasons, and was inducted to the UT Hall of Fame in 1991. While his performance on the field set many records, what was more important to Joe were the lifelong friendships he made during his time in college. His friends and family knew him as easy going, humble, supportive, and welcoming. Joe served the Lucas County Courts system for over 30 years, retiring as the manager of the juvenile restitution program. He was a loving and kind father. He coached many little league teams, and encouraged responsibility and education. He enjoyed playing basketball, softball, and golf with his friends. And he spent much of his time with his friends and family – watching sports, traveling on road trips, and celebrating life’s great moments together. Joe leaves behind his son Charlie Schwartz (Shayna Royal), his siblings Thomas J. Schwartz, Kathy Schwartz, Patty Whaley (Chris), his sister-in-law Sharon Schwartz, his former wife and friend Jan Rogers, as well as many nieces and nephews. He was preceded in death by his parents Thomas G. Schwartz and Eileen (Westfall) Schwartz, his brother Richard “Butch” Schwartz, his sister-in-law Elizabeth Schwartz, and brother-in-law Dale Byce. Friends may visit at the Coyle Funeral Home, 1770 S. Reynolds Rd. on Saturday, April 20, at 10 a.m., with the Memorial Service beginning at noon. Interment will be at the St. Joseph Cemetery, Adrian, MI at a later date. In lieu of flowers, memorial contributions can be made to the University of Toledo Foundation for benefit of the football program. Please view Joe’s memorial video tribute and leave a condolence message for the family at CoyleFuneralHome.com.

After 68 years of joy, friendship, and kindness, Joseph Carl Schwartz passed away on April 10, 2019, surrounded by his family. Born and raised in Adrian, MI, Joe was popularly known as the tailback for the University of Toledo during the 1970-72... View Obituary & Service Information

The family of Joseph Carl Schwartz created this Life Tributes page to make it easy to share your memories.

After 68 years of joy, friendship, and kindness, Joseph Carl...

Send flowers to the Schwartz family.