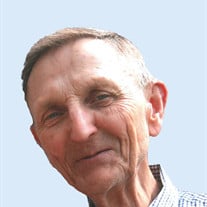 Dr. Joseph Victor Dubielak, D.D.S Joseph Dubielak, born on November 27th, 1929, passed away on December 3, 2017, just 6 days after his 88th birthday at Hospice of Northwest Ohio’s Perrysburg Center. Joe is remembered as a kind, generous, humble, and hard-working man by his family and friends. He was both a gentle man and a gentleman. Marilyn “Mame” (Porczak), his wife of 61 years, whom he loved dearly, survives him. He was a wonderful father and role model to his children Mark (Yvonne), John, Cindy, and Julie and a fun and supportive “Poppo” to his grandchildren Emmet & Henry Yeager and Katie & Ben Dubielak. He was preceded in death by his parents Casimir & Irene (Szkudlarek) Dubielak and brother, Frank Dubielak. Joe graduated from Central Catholic High School in 1948 and the University of Toledo in 1952. He met “Mamie” on a blind date while in basic training and served in the dental unit at Fort Leonard Wood, Missouri from 1952-1954 during the Korean War. They were married on August 4, 1956 while Joe was attending the Ohio State University College of Dentistry, graduating in 1959. Joe opened his dental practice at Reynolds Corners in Toledo, eventually moving to downtown Toledo where his office remained until his retirement in 1993. Even before retirement, Joe and Marilyn embarked on what became a challenging and satisfying adventure of restoring a historic home in Seneca County where they resided until 2012. Joe loved that house and the acreage it included, planting many trees during his years there. The family shares many fond memories of time on the “farm” where they would gather to enjoy each other’s company with the young grandchildren. The family will be receiving guests at the Coyle Funeral Home, 1770 S. Reynolds Rd. on Thursday, December 7th from 4-8 p.m. with a scripture service at 7. A Funeral Mass will be held on Friday at 10 a.m. at St. Patrick of Heatherdowns Church. A luncheon will follow at the St. Pat’s Holy Family Center. Private internment will be at Resurrection Cemetery. Memorial donations may be given to St. Ursula Academy (4025 Indian Rd, Toledo, 43606), Open Door Ministry (2823 Cherry Street, Toledo, 43608) or CYO Athletics (1933 Spielbusch Ave, Toledo, 43604). Please view Joe’s memorial video and leave a condolence message at CoyleFuneralHome.com.

The family of Joseph Victor Dubielak created this Life Tributes page to make it easy to share your memories.

Send flowers to the Dubielak family.