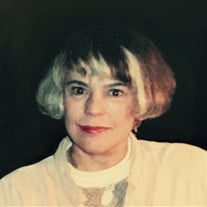 Joanne Grossmann Joanne passed away on Friday, May 5th, 2017. She was born in Perrysburg, Ohio on Nov. 18, 1930. She loved to draw from a very early age and her talent soon became apparent. Animals, especially horses and deer, were often the subject of her drawings. Her love for all animals is evident in many of her works. After graduation from Perrysburg High School in 1948 Joanne attended Bowling Green State University for a year and then transferred to Ohio University in Athens to Study Art. Joanne married Fred Grossmann Jr. in 1952 and started a family, settling in West Toledo. During this time, Joanne painted as time allowed and continued her art studies at the Toledo Museum of Art. In 1972, the family moved to a grand home in historic Westmoreland. The “Ballroom” served as a fine studio for Joanne. The huge ceilings and ample wall space of the home allowed Joanne to paint large and indeed she did. Throughout her career, Joanne has entered many art shows including the Toledo Area Artists exhibition, winning multiple awards over the years. Other venues include the Preview ’71 exhibition in Cincinnati and the Butler Institute of Art in Youngstown, where her work remains to this day. Joanne and Fred were avid horse racing fans, making twice yearly trips to Keeneland in Lexington, Kentucky. The beautiful landscape and majesty of the horses inspired many paintings. Many of these were showcased at The Derby Days exhibition at 20 North Gallery in 2008. Joanne has a painting on permanent display in the Owens Illinois World Headquarters and in the City of Perrysburg municipal building. Joanne was also an author: “Letters from Camp”, published in 2001. This is a compilation of letters her father Floyd Thornton (former Mayor of Perrysburg) wrote home detailing his experiences as an Army officer during WWI. She is preceded in death by her husband Fred W. Grossmann Jr., her father Floyd, mother Jeanette, brother Tom and sister Annette Thornton. Surviving is her brother Rick, children Fred (Sue), George (Susan), Maggie (Mike) Iannone. Grandchildren Gretchen (Ian) Sutherland, Will Grossmann, Gabrielle, Lily and George Grossmann, Michael, Nick and James Iannone. One great granddaughter Nellie Sutherland and numerous nieces and nephews. A private graveside service will be held on Thursday May 11th at 10:00am in the Ft. Meigs cemetery. In lieu of flowers donations can be made to the Humane Society of Toledo or Paws and Whiskers.

Joanne Grossmann Joanne passed away on Friday, May 5th, 2017. She was born in Perrysburg, Ohio on Nov. 18, 1930. She loved to draw from a very early age and her talent soon became apparent. Animals, especially horses and deer, were often... View Obituary & Service Information

The family of Joanne Grossmann created this Life Tributes page to make it easy to share your memories.

Send flowers to the Grossmann family.