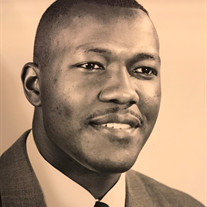 Jerry Jones, 76, died peacefully on February 23, 2018 at the Cleveland Clinic. He was born on April 26, 1941 in Demopolis, Alabama to Isiah and Della (Simmons) Jones. He grew up in Mobile, AL and after high school, he was a pitcher for a minor league baseball team that fed into the Los Angeles Dodgers. Jerry proudly served his country in the U.S. Army during the Vietnam conflict. He graduated from the University of Toledo and began his career in retail advertising sales with the Toledo Blade. He retired after 30 years and founded his business consulting firm, the Woodlands Consulting Group. He worked in the public, private, and faith based communities helping business and people thrive in Toledo. Jerry was generous of his time and talent in retirement, serving on many boards, including the United Way, American Red Cross, Toledo Council of Boy Scouts, and Promedica. He served on the executive committee of both the Lucas County Improvement Corp. and 22nd Century Committee, a partnership to revitalize our downtown community. Jerry was an ordained minister, and he enjoyed preaching in various churches around Toledo. He married several special people, including his daughter Michelle. Jerry was a wise and spiritual leader, believing in all people and the power of love in action. He was notably the moderator in the forums, “Changing Minds and Changing Lives: Combating Racism” in 2013. He is survived by his loving wife Annie, daughters Bridgette Jones and Michelle (Ron) Szabo and his 3 grandchildren Elisia`, Gabriella and Andrew. Friends may visit at the Coyle Funeral Home, 1770 S. Reynolds Rd. on Friday, March 2, from 2:00-7:00 p.m. The funeral will be held on Saturday, March 3 at 11:00 a.m. at Cornerstone Church, with an hour of visitation beginning at 10:00 a.m. Interment will be private. Memorial donations can be given to The Jerry Jones’ Grandchildren College Fund, First Federal Bank, 1077 Louisiana Ave. Perrysburg, OH 43551. Please view Jerry’s Memorial Video tribute and leave a condolence message for the family at CoyleFuneralHome.com.

Jerry Jones, 76, died peacefully on February 23, 2018 at the Cleveland Clinic. He was born on April 26, 1941 in Demopolis, Alabama to Isiah and Della (Simmons) Jones. He grew up in Mobile, AL and after high school, he was a pitcher for a minor... View Obituary & Service Information

The family of Jerry Jones created this Life Tributes page to make it easy to share your memories.

Send flowers to the Jones family.