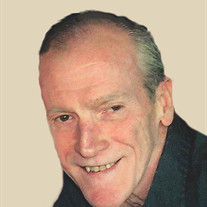 James “Jimbo” Langsdorf, age 70 of Toledo, passed away peacefully at Ebeid Hospice on August 3, 2017 with his family by his side. He was born to John and Margaret (Hood) Langsdorf on October 1, 1946. He was a graduate of Warren Consolidated High School and then went on to serve his country proudly in the U.S. Navy. He continued his service in the U.S. Navy Reserves until the time of his honorable discharge in 1970. Jim married Kay Louise Miller on November 9, 1968 and together they raised 2 sons. He spent his career working as a Journeyman Electrician for 40 years until the time of his retirement. He was a proud member of the UAW and the VFW. Jimbo was a master woodworker, gun enthusiast and a member of the NRA. He also enjoyed golfing and bowling. Jim was preceded in death by his loving wife of 35 years, Kay; parents; brother, John Langsdorf; brothers-in-law, Pat Montemurro and Delmas Finnicum and his beloved dog, Scruffy. He is survived by his sons, Brian (Laura) and Greg (Chandler); grandchildren, Ashley, Allison and Olivia; sisters, Doris Finnicum, Patty Montemurro, Peggy (Jack) Orbin and Debbie (Nick) Karras. Friends may visit at the Coyle Funeral Home, 1770 S. Reynolds Rd., on Sunday, August 6th from 3-7 p.m. Funeral services will be held on Monday, August 7th, in the mortuary, at 10 a.m. Interment Resurrection Cemetery. The family would like to extend a special thank you to the staff and physicians at Flower Hospital and Ebeid Hospice especially Nader Zeitouni, M.D. Memorials may take the form of contributions to the Wounded Warrior Project. Please view and sign our online “guest registry” at CoyleFuneralHome.com

The family of James E. Langsdorf created this Life Tributes page to make it easy to share your memories.

Send flowers to the Langsdorf family.