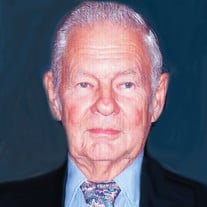 James L. Carl, 83, of Toledo, passed away peacefully on June 2, 2017, at Lane Park of Oregon. Jim was born April 2, 1934, to the late William and Rose (Dibling) Carl. He attended Maumee High School. Jim was a veteran of the U.S. Navy and served proudly aboard the USS Algol in Japan during the Korean War. He worked for Hennis Freight, Spector, and Carolina Freight. After retirement, Jim took up running and participated in several 5, 10 and 25k races.He alsodug out his bowling ball and joined several bowling teams where he competed at Southwyck Lanes. An avid gardener, he was nicknamed “Tomato Man” because of the beautiful, juicy red tomatoes he nurtured and grew every summer in his backyard. Kind-hearted, generous and an all-around great guy, Jim took pride in sharing not only his tomatoes but the entire bounty of his garden with family, friends, neighbors and even strangers. He also loved to spoil his mischievous but loyal cats Tom, Jake, Sally and Babe. Faith was important to Jim. He was a lifetime member of St. Charles Borromeo Catholic Church where he also served as an usher. Jim enjoyed watching Detroit Lions football, listening to blue grass music, and playing euchre. Always a kid at heart, he would join his nieces and nephews in a friendly competition of pool, volleyball, tag or badminton during family get togethers and cookouts – where he was known to occasionally burn a hot dog or two. Jim is survived by his sister, Mary Ann (Oliver) LaFleur; brother, Bill (Faye) Carl; nieces Sue Lucero, Jeanine LaFleur, Colleen (Mike) Kuszek, Denise and Donna LaFleur; nephew Tom LaFleur; great nieces Summer LaFleur Marrs (Ryan), Kristen and Kelsey Kuszek; great nephew Shawn LaFleur; great grandniece Bailey Marrs and many cousins. The family would like to thank the kind and compassionate staff at both The Glendale and LanePark of Oregon for the care and support they provided to Jim the last three years of his life as he coped with Parkinson’s Disease. Jim’s family will greet friends from 9:30 a.m. – 10:30 a.m. on Friday, June 9, 2017 at St. Charles Borromeo Catholic Church, 1842 Airport Hwy., Toledo, Ohio 43609. A Funeral Mass will follow at 10:30 a.m. at the church with Fr. Greg Peatee officiating. Burial will take place at Resurrection Cemetery. Per Jim’s wishes, memorials may be made to Southern Comfort Hospice, St. Charles Borromeo Catholic Church, or the Parkinson’s Disease Foundation, PO Box 6012, Albert Lea, MN 56007-9805. Please view and sign our online “guest registry" www.coylefuneralhome.com

James L. Carl, 83, of Toledo, passed away peacefully on June 2, 2017, at Lane Park of Oregon. Jim was born April 2, 1934, to the late William and Rose (Dibling) Carl. He attended Maumee High School. Jim was a veteran of the U.S. Navy and... View Obituary & Service Information

The family of James Leon Carl created this Life Tributes page to make it easy to share your memories.

Send flowers to the Carl family.