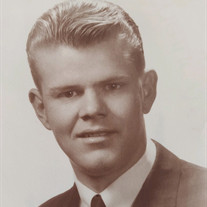 On September 24, 2021 our loving dad passed away. Henry Ray Cooper was born on April 22, 1948 in Fayetteville, GA to Mose Cooper and Ava Jane Hunt. By trade Dad was a master carpenter and cabinet maker. He enjoyed playing guitar and tinkering... View Obituary & Service Information

The family of Henry Cooper created this Life Tributes page to make it easy to share your memories.

Send flowers to the Cooper family.