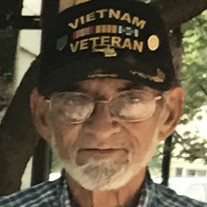 On Wednesday, October 17, 2018, George L. Jeakle, loving father and grandfather, made his journey to eternal life surrounded by his family at home at the age of 75. George was born on August 21, 1943 in Liberty Township, Ohio to William and Edith (Vincent) Jeakle. He attended Macomber High School in Toledo, Ohio. Drafted in April of 1968, George served in the U.S. Army’s 1st Infantry Division as an NCOIC in a Huey helicopter. He was wounded in battle during the Vietnam War and earned multiple meritorious accommodations while serving his country. Upon his return, he began his journeyman electrician training. As a skilled tradesman, he worked his way up to regional vice president of City Sign Incorporated in Toledo, Ohio. In 1985 George proudly started his own sign business, National Illumination and Sign Corporation, and retired in 2009. George served the Village of Holland as a councilman. He was also a Free Mason and one of the founding members of the Holland-Springfield Rotary. He was an active member in several trade organizations including TASCA, MSA and ISA. During his lifetime he was a member of the American Legion Post #73 and Amvets Post #69, both in Fostoria, Ohio. Upon his retirement, George felt a calling to provide support to his fellow veterans. He took great pride in the friendships he developed over the last 9 years of his life at the Veterans Center in Toledo, Ohio. On January 26, 1963, he married Patricia Brown. They raised two children, daughter Cindy June, and son George Neil. He was preceded in death by father William and mother Edith and sisters Kathryn Jeakle and Annabelle Steward. George is survived by his daughter Cindy (Craig) and his son Neil (Susan); his grandchildren Megan, Mason, Kendall, Cayla (Jack), Hailey, and Stanly; His brother William (Jerianne), sisters Barbara, Linda and Elaine, step brother Frank and numerous nieces and nephews. Friends may visit at the Coyle Funeral Home, 1770 S. Reynolds Rd., Toledo, OH 43614, on Sunday, October 21, 2018 from 12-6 p.m. Funeral services will be held on Monday October 22, 2018, in the funeral home, at 11 a.m. Interment Ottawa Hill Memorial Park. The family extends their appreciation to the staff at the UTMC Eleanor N. Dana Cancer Center. They also wish to express their deepest gratitude to Hospice of Northwest Ohio, especially Sara, Cheryl, Tessa and Laura, as well as the the Veterans Center of Toledo. Memorial donations can be made to Hospice of NWO, Wounded Warriors, or the Toledo Area Humane Society. Please view and sign our online “guest registry” at CoyleFuneralHome.com

On Wednesday, October 17, 2018, George L. Jeakle, loving father and grandfather, made his journey to eternal life surrounded by his family at home at the age of 75. George was born on August 21, 1943 in Liberty Township, Ohio to William and... View Obituary & Service Information

The family of George Leroy Jeakle created this Life Tributes page to make it easy to share your memories.

Send flowers to the Jeakle family.