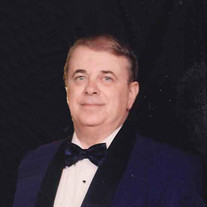 Donald “Duke” Garner, 83, of Toledo passed away on January 20, 2019. Several years before his death he took some time to compose the following things that he wanted to share with his friends and family. He was born on August 13, 1935, in Toledo, and retired in 1997 from the Air Force as an Aerospace General Engineer. His time in the Air Force (1984–1997) was especially rewarding as he learned new skills and knowledge. As a part of this Don attended several different institutions and Universities and earned several associate general engineering discipline degrees. While at the Air Force, he received over 20 action and implementation awards, 9 commendations and 9 Superior Air Force Performance Awards, and the Sacramento base Humanitarian of the Year award. Don’s final Air Force assignment was out of Warner Robbins, Georgia as a member of the START treaty inspection team, which was responsible for mutual, onsite weapon inspections in Russia and within the United States. Throughout the years, Don’s employment required extensive traveling, much of which was in the oil fields of Mexico and Central America. He worked as a project engineer with Pemex in the Mexican and Central American oil fields for Penske Power Systems, (1979-1985) and held multiple supervisory and managerial positions at Interlake Steel Inc., (1957-1978, Chicago, Erie and Toledo). Don loved the challenge of working with people of different cultures and languages. From 1952 thru 1984, Don worked every Memorial Day Race at the Indianapolis Motor Speedway, learning all aspects of the race operation. During the period, in which the sanctioning body for Indy Car racing switched from USAC to CART, Don was instrumental in crafting safety and technical policies and formulating a rule book for the CART organization. Don graduated from Libbey High School, where he lettered in all three major varsity sports, was Captain of two teams that won city championships, and was a member of a third city championship team. He was also a member of the national honor society and a class officer. Don was pro-active on civil rights issues mostly involving minority employment and advancement rights issues. He was always most satisfied when amicably resolving special one on one problems with emotional involvement. After high school, Don earned a degree in Mechanical Engineering, with an aeronautical option at The University of Toledo, where he also lettered in baseball, and was a member of the Varsity “T” Club. Don always enjoyed sports and played semi-pro baseball and basketball and coached youth football, basketball, and baseball, in Erie, Pa., Chicago, Ill., and Sacramento. He was very active in the sports of skiing, bowling (winning team championships and the 1962 Erie, Pa. singles championship with a 734 series), basketball, softball, hockey, canoeing and golf. In his later years, Don enjoyed playing poker, participating in charity tournaments all over the US, until ill health forced him to discontinue traveling. He is survived by his first wife, Marcia Bruggeman (his high school sweetheart), their children, Mark and his wife Linda Garner of Columbus, Dirk and wife Jen Garner of San Francisco, daughter Pamela Hillerström of Uddevalla, Sweden; in addition by grandchildren Nathan Stotler of Uddevalla, Sweden, Mitchell Garner of Cincinnati, Joshua Salyer of Loveland, and Emily and Blake Garner of San Francisco. He is also survived by previous wives Magali (Ayala Miranda) of Puerto Barrios, Guatemala, and Chin Chiu Mullins of Sacramento. Don was preceded in death by his parents, Don and Eleanor Garner, his sister Nancy Meiring, and his sweet, beloved dog, Tiger, but has been succeeded by his dear loving dog Tigger. Per Don’s request, there will be no visitation. A Memorial Service will be held at a later date. Please view and sign our online “guest registry” at CoyleFuneralHome.com

Donald &#8220;Duke&#8221; Garner, 83, of Toledo passed away on January 20, 2019. Several years before his death he took some time to compose the following things that he wanted to share with his friends and family. He was born on August 13,... View Obituary & Service Information

The family of Donald Arthur Garner created this Life Tributes page to make it easy to share your memories.

Send flowers to the Garner family.