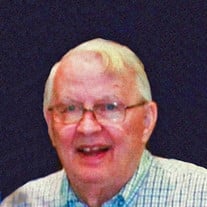 David Michael Zak, of Flower Mound, Texas, passed away September 10, 2018. Born November 4, 1941 in Toledo, Ohio, Dave grew up in the North Toledo Polish neighborhood and attended St Adalbert Elementary School and Central Catholic High School where he was a star basketball player. He went on to play for Kent State University “Golden Flashes”. Dave spent many years working at Ford Motor Company in Monroe, Michigan before he went on to own his own business, the Schmidt Noodle Co in Detroit. After selling his business he moved the family to Dallas, Texas in 1982 where he began his career in sales. An outgoing and gregarious man, David was very successful in sales, eventually managing used car sales in the luxury car market, and real estate sales with 21st Century. After his children were all married, David moved to North Fort Myers, Florida, where he would spend the majority of his retirement years before moving back to Texas and settling in Flower Mound in 2017. Dave had the ability to walk in a room and light it up. That gift propelled him in sales and made for an entertaining time with him whenever you spent an evening with him playing cards, watching sports, or just sharing a meal. A talker among talkers, he was always the life of the party, and was a friend to many. This is best demonstrated by how quickly he made friends at Pinewood Hills where he resided in Flower Mound. Despite some challenges with his health, Dave was the light there that brought joy to his neighbor residents. He had a gift of making people laugh, and he never met a stranger! Dave is survived by his children Alisa (John) Albers, Cynthia (Tod) Eenigenburg, Thad (Paige) Zak; 13 grandchildren Abigail, Zak, Nate, Benjamin, Bryan, Tucker, Tate, Libby, Ty, Josie, Kyler, Colson, Christian; brother Jim (Sharon) Zak, Mt. Venon, Ohio, his twin brother Father Daniel Zak, Holland, Ohio, and Dr. Ted (Eileen) Zak of Canton, Ohio. David was preceded in death by his beloved parents Thaddeus “Ted” Zak and Adeline Brzozka Zak of Toledo, Ohio. A Memorial Mass will be celebrated on November 3rd starting at 11:00 am at Corpus Christi University Parish, 2955 Dorr St., Toledo, Ohio 43607. Please consider memorials to the “CCUP Zak Lounge Fund”.

The family of David Michael Zak created this Life Tributes page to make it easy to share your memories.

Send flowers to the Zak family.