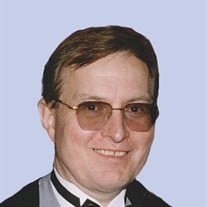 Daniel F. Welch, age 74, passed away peacefully at his home on December 9, 2021. Dan was born Daniel Fredrick Welch on December 17, 1946 to Raymond and Opal Welch in Toledo, Ohio. Dan attended St. Frances De Sales Elementary School and Central Catholic High School, class of 1964. Dan completed two Master's degrees in Music Education and Automotive Engineering from the University of Toledo, Ohio while teaching and working full-time. Dan was a professional vocalist and musician for 60 years, having performed with such groups as Dan Welch and the Weekenders, Toledo Symphony Jazz Quartet, the Watermelon Men, the Johnny Knorr Orchestra, Swingmania and the Michael Lorenz Orchestra. Dan's versatility as both a musician and vocalist allowed him to perform with many community organizations, local bands and musicians throughout his career including the Toledo Symphony Orchestra, Toledo Symphony Chorale, Bob Zielinski and the Kingsmen, Hershey Cohen and Company, the Jerry DePrisco Orchestra and the Tony Celeste Orchestra. Some of the more nationally famous names Dan has performed with included world legend and jazz vocalist Jon Hendricks, the late trumpeter Bobby Hackett and singer/actor Gordon McCrae. On the theater stage, Dan performed lead roles with local community and semi-professional groups, including the roles of Curly in Oklahoma, Sky Masterson in Guys and Dolls and Emile De Becque in South Pacific. Dan is a former musical director for the Toledo Repertoire Theater. Dan also composed several songs on his released CDs. Dan was an educator his entire life with the Catholic Diocese of Toledo and the Toledo Public Schools. He was a long-time member of Rosary Cathedral, St. Patrick of Heatherdowns and St. Joan of Arc Catholic churches having served in the capacity of choir member. Surviving is his loving wife of 21 years, Suzanne "Sue" Gorney-Welch, his sister Mary Jane Welch and his children: James (Angela) Welch, Robert (Loraine) Welch, Diana (David) Nash and Laurie Welch; Grandchildren Steven, Asia-Marie, Lilliana, Jacob, Daniel, Acecia, Aria and Bryhson. Friends may visit at the Coyle Funeral Home on Friday, December 17 from 9:30 am until 12 noon. A Scripture Service will precede the procession to St. Joan of Arc Catholic Church for the Mass of Christian Burial which will be held at 1 pm. Entombment will be at Resurrection Cemetery. Memorial donations may be given in Dan's memory to St. Joan of Arc Catholic church, Central Catholic High School or the Cherry Street Mission Ministries. Please leave a condolence message for the family at www.CoyleFuneralHome.com

The family of Daniel Welch created this Life Tributes page to make it easy to share your memories.

Daniel F. Welch, age 74, passed away peacefully at his home on...

Send flowers to the Welch family.