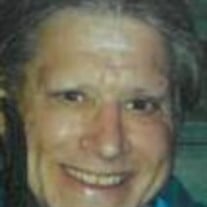 Daniel “Dan” J. Nally passed on May 17, 2020 after a prolonged illness in Cincinnati, Ohio where he lived since 1987. Preceded in death by his parents, Francis and Catherine (Held) Nally of Maumee, Ohio and his brother, Martin and sister, Brigid Nally of Cincinnati, Ohio. Dan is survived by his loving and devoted wife of 46 years, Marcella (Marcy) Basting Nally, son Eric (Karen) and two grandsons, Julian and Francis. Dear brother to Patrick (Louisa) and Nora of MI, Mary (Samir) Moawad and Michael of CA and Anne, Theresa, Catherine Nally-Druffel (Richard), all of Cincinnati, Oh and Julia (Thomas) Greiner of Sylvania, Oh. Dear cousin to the William Coyle family, the Edward Held family and the Clayton Held family. Dear brother-in-law to five Basting brothers, Alan, Jeff, Chris, Glenn and Patrick. Loving uncle to 28 nieces and nephews and several great-nieces and nephews. Growing up in Maumee, Ohio, Dan played baseball in the Maumee Little League at Ford Field and ran high school short track (100 yard dash). His love of the great outdoors took him traveling with his wife Marcy in the 1970s to various national and state parks. Dan worked for Toledo Metroparks including SideCut park and for lawn/landscaping companies before moving with Marcy and their young son Eric to Cincinnati in 1987 where Dan continued in landscaping work. Dan was well known for his love of life and family, his Irish sense of humor and pranks, his keen appreciation for nature and the outdoors and the art and music of the 1960s-1970s. A family memorial will be held at a future date.

Daniel &#8220;Dan&#8221; J. Nally passed on May 17, 2020 after a prolonged illness in Cincinnati, Ohio where he lived since 1987. Preceded in death by his parents, Francis and Catherine (Held) Nally of Maumee, Ohio and his brother, Martin... View Obituary & Service Information

The family of Daniel "Dan" J. Nally created this Life Tributes page to make it easy to share your memories.

Send flowers to the Nally family.