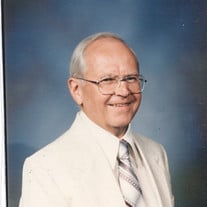 To view a recording of the Live Stream of Dan’s Funeral Mass please CLICK HERE Daniel James Billmaier, age 87, passed away on August 16, 2020 with his wife by his side. Born on April 17, 1933 in Toledo, Ohio, to George and Lillian (Steiner) Billmaier. He graduated from Our Lady of Perpetual Help elementary school in 1947 and Central Catholic High School in 1951. He served in the U.S. Navy aboard the USS Wisconsin. Thereafter, he attended the University of Toledo College of Pharmacy, graduating in 1958. He spent his 40-year career as a pharmacist with The Lane Drug Company, which later became Peoples Drug and then Rite Aid. He married the love of his life, Shirley Langdon, on July 19, 1958, and they enjoyed 62 years together. Dan is survived by his sons, Christopher (Cheryl) Billmaier and Daniel (Marcia) Billmaier; daughters, Susan Billmaier, Julie (Ralf) Ebeling and Charlene (David) Miller; grandchildren, Lt. Steven, Michelle, and Nick Billmaier; Eric, Kevin, and Adam Billmaier; Melanie and Jessica Ebeling; and Kristin and Gregory Miller. Also surviving are his brother, George Billmaier, and sister-in-law, Jackie Billmaier. In addition to his parents, he was preceded in death by his brother, Carl Billmaier; and sisters, Betty Knisley, Rita Bick and Lillian Miller. Dan will be remembered for his big heart, as he always put others before himself. He was an excellent role model not only for his children, but for his grandchildren as well. Family and friends will be received on Friday, August 21st, from 4:00 to 7:00 p.m. with a closing prayer service 7:00 pm. at Coyle Funeral Home, 1770 S. Reynolds Rd. in Toledo. A funeral Mass will be held on Saturday, August 22nd, at 11:00 a.m. at Our Lady of Perpetual Help Church in Toledo, where Dan was a lifelong member. Interment will be private. In lieu of flowers, memorial contributions may be made to Our Lady of Perpetual Help Church. Please leave a condolence message for the family and view Dan’s memorial video tribute at CoyleFuneralHome.com.

The family of Daniel James Billmaier created this Life Tributes page to make it easy to share your memories.

To view a recording of the Live Stream of Dan’s Funeral Mass...

Send flowers to the Billmaier family.