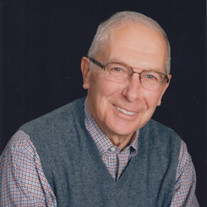 Charles A. Sullivan (Chuck) was born in Toledo, Ohio, on May 22, 1935. He was a devout Catholic and was a member of The Order of Malta. His humble beginnings and his faith led him to help those less fortunate than himself. He will be remembered for his philanthropic spirit. He generously donated both scholarships and facilities to the University of Toledo and Toledo Central Catholic High School. With his foundation he focused on donating to pro-life causes and victims of domestic abuse. One of his proudest achievements was to be one of the founders of Wyandotte Pregnancy Clinic in Kansas and to serve on its board. Chuck began his career in the financial sector of Price Waterhouse where his acumen was recognized and led to his quick rise within its ranks. He was initially promoted to President of Seven-Up in Indiana. He later served as President of Canada Dry-New England, a division of Norton Simon, Inc., and served a term as President of the United Soft Drink Association. He built on these successes and was recruited to join American Bakeries as Senior Vice-President of American Bakeries and President of its Merita Division. Four years later he was made President of all American Bakeries operations. Chuck continued his upward trajectory through a series of acquisitions, leading to his role as CEO and later Chairman of Interstate Bakeries Corporation, which he took public. During Mr. Sullivan's tenure Interstate Bakeries (Wonder Bread and Hostess Cake) was listed on the Fortune 500 and became the largest baking company in the United States. He was a member of the American Baker's Association and served a term as Chairman. As a graduate of The University of Toledo's Business Program, he would later become one of the University's largest benefactors. His vision and contributions helped transform the athletic facilities and enhance the Rocket community. Mr. Sullivan served as chairman of UT's first capital campaign. He served on the University of Toledo Foundation, including a term as Chairman. He also served for several years on the real estate committee. He received an honorary degree from UT. He is survived by his wife Jacqueline; his sons Thomas, Timothy (Melissa), Kenneth, and Jeffery: his daughters Karen (Dusty) and Jennifer; his step-sons Mark Linwood (Rebecca) and Scott Lindenmoyer (Tara); his grandchildren, Charles and Samantha Sullivan, Taylor and Zachary Stelter, Elijah Lindenmoyer, and Jackson Linwood; his great-granddaughter Mailey. He was preceded in death by his parents, Arthur and Eleanor Sullivan; his first wife Patricia; his brothers William, Richard, and John; his sisters Kathleen and Patricia; and his great-grandson Sailor. Visitation will be Wednesday, December 22, from 9-10 a.m. at Church of the Ascension, 9510 West 127th Street, Overland Park, KS 66213, with the funeral Mass immediately following at 10 a.m. A private family burial will be held in Toledo, Ohio. The family requests that masks will be worn for the services. In lieu of flowers, donations may be made to Catholic Community Hospice, a prolife organization, or a victims of domestic abuse organization.

Charles A. Sullivan (Chuck) was born in Toledo, Ohio, on May 22, 1935. He was a devout Catholic and was a member of The Order of Malta. His humble beginnings and his faith led him to help those less fortunate than himself. He will be remembered... View Obituary & Service Information

The family of Charles A Sullivan created this Life Tributes page to make it easy to share your memories.

Charles A. Sullivan (Chuck) was born in Toledo, Ohio, on May...

Send flowers to the Sullivan family.