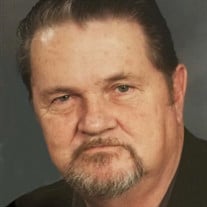 Charles George Irons, Sr. slipped away from us to join his daughter, Michelle in Heaven on January 23, 2019. He was born on December 20, 1944 in Toledo, Ohio to Roy and Virginia (Wymer) Irons. Charles was a proud graduate of Libbey High School.... View Obituary & Service Information

The family of Charles George Irons created this Life Tributes page to make it easy to share your memories.

Charles George Irons, Sr. slipped away from us to join his daughter,...

Send flowers to the Irons family.