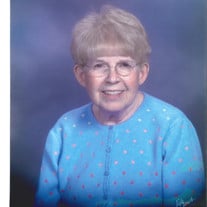 Carolyn Steinhauer Cousino a lifelong Toledoan, passed away on Sunday, June 13, 2021 at Ohio Living Swan Creek, Toledo, Ohio at the age of 90. She was born on April 4, 1931 to Charlotte Meagher Steinhauer and Willam Henry Steinhauer in Toledo Hospital. Carolyn was educated at DeVeaux Elementary, DeVilbiss High School, and The University of Toledo. Her career was focused in early childhood education having graduated from UT's College of Education in 1953. She began her career as a kindergarten teacher at DeVeaux where she had attended as a child. She later taught at Nathan Hale and Longfellow followed by a long stint at Newbury which she retired from. In 30 years she only missed a few days of school. At UT, Carolyn was active in leadership roles and student activities including Secretary of Chi Omega, and President of University YWCA, and a member of Who's Who and Peppers. In 1952 she and Ralph Cousino, through their involvement in the University YWCA and YMCA, were instrumental in launching the first Freshman Camp at Camp Storer for incoming UT freshman. Son Brent attended this same camp in 1974. In 1954 she married Ralph. They had sons Brent and Craig. Craig had Tuberous Sclerosis which added medical challenges requiring round-the-clock care. His needs changed Carolyn's life in profound ways including the development of a long-term relationship with Sunshine Communities in Maumee where Craig live for many years. She was very devoted to Craig, spending countless hours visiting him, advocating for him and befriending staff at Sunshine. After Carolyn and Ralph divorced in 1967, she went back to UT and attained a master's degree followed by returning to the Toledo Public Schools as a teacher. Carolyn had a great love of people. She never met a stranger and would strike up conversations with ease at restaurants that she frequented. Her favorites were Charlie's Ice Cream and Edibles and Charlie's Pizza in Sylvania. Carolyn attended St. Michael's in the Hills Episcopal Church for many years and had sung in the choir. She was preceded in death by her parents, William and Charlotte, and her son Craig. Carolyn is survived by son Brent (Pam), grandsons Will (Hannah) and Neal (Andrea), great-grandsons Nicolas and Mateo, as well as brothers Bruce Steinhauer, MD (Gillian) and Rev. Roger Steinhauer, PhD (Maryanne). The family will celebrate Carolyn's life at a private memorial service at Lakeside Chautauqua in August. Memorials can be sent to Sunshine Foundation at 7223 Maumee-Western Rd., Maumee, OH 43537.

Carolyn Steinhauer Cousino a lifelong Toledoan, passed away on Sunday, June 13, 2021 at Ohio Living Swan Creek, Toledo, Ohio at the age of 90. She was born on April 4, 1931 to Charlotte Meagher Steinhauer and Willam Henry Steinhauer in Toledo... View Obituary & Service Information

The family of Carolyn Steinhauer Cousino created this Life Tributes page to make it easy to share your memories.

Carolyn Steinhauer Cousino a lifelong Toledoan, passed away on...

Send flowers to the Cousino family.