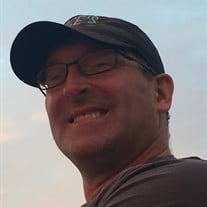 Allen Joseph Dubois, age 51 of Maumee, OH, passed away on December 12, 2018. He was born to Peter and Shirley (Abele) Dubois on August 4, 1967 in Sandusky, OH. He was a graduate of Sandusky High School and Bowling Green State University. He began his career working as a Police Officer for the Sandusky and Norwalk Police Departments. He then married the love of his life, Lisa Downie on April 20, 1991. He was a loving and devoted father. Al and Lisa raised 2 sons who were the center of their lives. As a caregiver, he then enrolled in the Mercy School of Nursing. He spent the rest of his career as an RN where he was able to help people by using his gifts and talents as a Flight Nurse, ER Registered Nurse at St. Charles Hospital and a member of Life Flight. Al was a man of many passions and interests and he was loyal friend. He was a record holding power lifter, a Martial Arts Instructor, a 3rd Degree Black Belt and volunteered at Nature’s Nursery. He found solace in the outdoors. He was at his happiest when he was with his sons, brothers and friends. Al loved fishing, camping, hiking, kayaking and scuba diving. Because of his love of nature, he was also an avid gardener, beekeeper and environmentalist. Al’s genuine love of people resulted in a very large circle of loyal friends. He always put others before himself and it gave him great joy to help and mentor friends, co-workers and family. Al was preceded in death by his mother and sister, Monica. He is survived by his loving wife, Lisa; sons, Sean (Lexi) and Chris; father, Pete; siblings, Marie (Jim) Grimm, Sue (Dennis) Petrick, Lou (Renee’), Jim (Meghan), Marlene Dubois, Steph (Chris) Seely, Char (Kevin) Pollinger, Ceci (Eric) Wightman, Jon (Sara), Bryan (Mandy) and Jeanette (David) Post; as well as many nieces, nephews, extended family and friends. Friends may visit at the Coyle Funeral Home, 1770 S. Reynolds Rd., on Tuesday, December 18th from 2-8 p.m. A Funeral Mass will be held on Wednesday, December 19th at St. Joseph Church, 104 W. Broadway, Maumee, OH 43537 at 10:30 a.m. Interment will be private. Memorials may take the form of contributions to the Sierra Club or to Nature’s Nursery. Please view and sign our online “guest registry” at CoyleFuneralHome.com

Allen Joseph Dubois, age 51 of Maumee, OH, passed away on December 12, 2018. He was born to Peter and Shirley (Abele) Dubois on August 4, 1967 in Sandusky, OH. He was a graduate of Sandusky High School and Bowling Green State University.... View Obituary & Service Information

The family of Allen Joseph Dubois created this Life Tributes page to make it easy to share your memories.

Send flowers to the Dubois family.